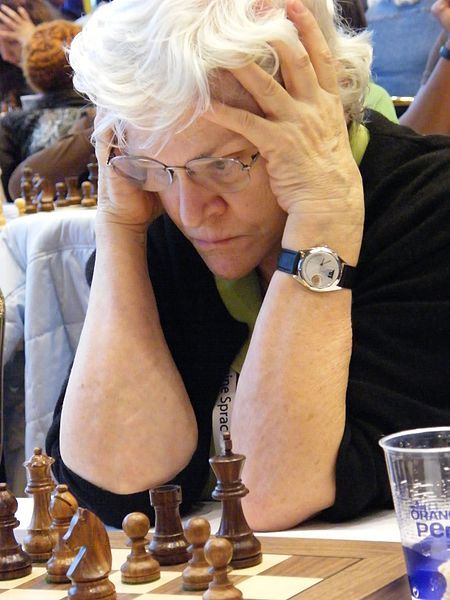 Elizabeth Shaughnessy is a former eight-year member of the Berkeley School Board and 1970 Irish Women’s Chess Champion. She has played in seven international chess Olympiads and is active in chess tournaments around the world. She served as President of CalChess and on the United States Chess Executive Board. For her leadership and outstanding service to the community, Shaughnessy received the 2011 Chess Educator of the Year award from the University of Texas at Dallas. She was named a 2009 Bank of America “Local Hero”, and in 2004 the Rotary Club “Hometown Hero”. She received a 2000 Avant! Magic award for her commitment to improving the lives of Bay Area children. In 2007 she received a Certificate of Special Congressional Recognition from Congresswoman Barbara Lee for her dedication to Alameda County’s youth. From USChess she received an award for Meritorious service in 2015 and the Scholastic Service Award in 2018. She served on the USChess scholastic Council  and currently serves on the US Chess Women’s committee.  She is the mother of three children, Orna, Stephen and Eric.

We are thrilled to announce that BCS Founder and Executive Director Elizabeth Shaughnessy has been selected as a 2023 AARP Purpose Prize Fellow!  Each year, the Purpose Prize honors fifteen individuals, aged fifty and older, who are using their knowledge and life experience to solve challenging social problems.
We are honored and grateful that the Purpose Prize Jury recognized the value of Elizabeth’s work, and the role chess can play in helping all children, especially those struggling with learning inequalities, flourish academically and in their lives.  Because of Elizabeth’s Fellowship, the Berkeley Chess School will receive a $10,000 grant and one year of technical assistance from the AARP!  To learn more about the AARP Purpose Prize, visit https://www.aarp.org/about-aarp/info-2022/purpose-prize-winners.html.  Congratulations, Elizabeth!