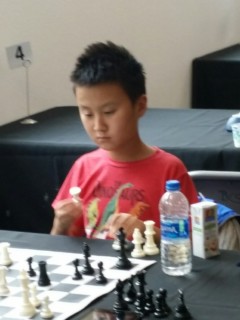 FM Christopher Yoo, the highest-rated 11-year-old in the country, earned his second IM norm, which required beating GM Conrad Holt in the last round.

It was Yoo’s second IM norm. The first was earned by winning the U16 section of the 2017 North American Youth Championship.