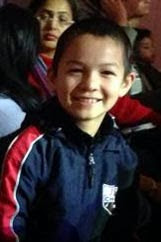 The Berkeley Chess School congratulates BCS student Josiah Stearman for recently attaining the title of National Master before his 11th birthday! His hard work and determination paid off.
Josiah has earned the title at an earlier age than any other BCS student in its 33 years of existence. Well done!

Ten-year-old Josiah Stearman and 22-year-old Sam Shankland have each accomplished landmark achievements in the game of chess this month, but on opposite sides of the globe. While Shankland, the Grandmaster (GM) from Orinda, was steaming full speed ahead toward his first gold medal at the 41st Chess Olympiad in Tromsø, Norway, Stearman of Martinez was playing back-to-back tournaments in San Diego and Los Angeles – six in one week – in an all-out push toward making National Master before his 11th birthday on Aug. 30.

Both succeeded in their quests. Playing the “virtual fifth” board on the U.S. team, Shankland won eight of his 10 games at the 2014 Olympiad held during the first two weeks of August, drawing the other two and ending with a score of 9/10. His stellar performance earned him his first individual gold medal at the world’s most prestigious chess tournament. Three days later, Stearman became a National Master at the age of 10.

With a 159-point deficit earlier in the summer, the odds of making National Master before he turned 11 had seemed unlikely for the young champion. But Stearman’s wins in August over several Masters and a surprising draw with an IM (International Master) catapulted him 96 rating points to put him over the top, at 2215. To attain a National Master rating, a player must have a rank of 2200.

Aside from being world-class chess champions, the two have something else in common: both learned the game under the tutelage of instructors at the Berkeley Chess School (BCS), and have participated as members of the school’s prestigious Berkeley Bishops chess team.

“No two students could better exemplify the ethos of the Berkeley Chess School than Sam and Josiah,” said BCS founder and president Elizabeth Shaughnessy. “We aim to develop young minds and productive citizens through the game of chess.”

Shankland, who started studying with BCS instructor Stephen Shaughnessy at the relatively ripe age of nine (to Josiah’s 4 1/2) in an after-school chess class at Orinda’s Glorietta Elementary, won his first tournament at the age of 12 and achieved the rank of National Master in June 2006. Following a rapidly accelerating series of wins at national and world tournaments during his college years, Shankland attained his GM status – the highest ranking a chess player can attain – at the same tournament hall where he’d spent a good deal of his childhood: Berkeley’s Hillside School, home to the BCS for many years, and still the site of its Berkeley Friday night classes and tournaments.

A 2014 graduate of Brandeis University, Shankland is now ranked No. 1 in California and eighth in the U.S., and was recently featured on the cover of Chess Life magazine. Last year he was awarded the prestigious Samford Prize, which offers a $42,000 stipend for a top young U.S. chess player to spend a year developing his or her game, providing access to top coaches and competitive international tournaments.

Josiah Stearman at the 2011 World Youth Chess Championship in Brazil
Stearman began moving pieces around the chess board with his father before he was five years old, then took classes and summer camps with the BCS. He was recently named a member of the United States Chess Federation’s 2014 All-American Team, which honors the top young chess players in the country.

Last year, Stearman and his fellow BCS student Callahan McCarty-Snead, 8, (one of the top ten players in the U.S. in his age group), travelled to the United Arab Emirates to participate in the 2013 World Youth Chess Championships. It was Stearman’s second World Youth tournament; in 2011, at the age of 8, he competed in Brazil.

In the 32 years since it began, the BCS has shepherded thousands of students of all incomes and backgrounds into using critical thinking and careful deliberation to achieve their goals, said Shaughnessy, herself a former member of the Irish Women’s Chess Team.

BCS also encourages graciousness, honesty, courtesy, and “old fashioned good manners” both on and off the board, Shaughnessy added. “Sam has grown into a courteous young man who has worked hard to achieve excellence in his chosen field and has been recognized internationally for his success. Josiah is a gifted boy with impeccable manners and a great sense of fun, who plays soccer and baseball as well as chess. It is clear that he will be successful at whatever he chooses to do in life.

“BCS has never been an organization bent on producing state or national champions, and yet we have produced state champions every year since 1986. I am so proud of them both, so grateful to have had the chance to work with them, and wish them the best of all that life has to offer.”

Shankland’s achievement is being compared to past tournament performances of chess legend Bobby Fischer.