Home/Blog, News/Masters rise to the top! At our Berkeley Weekender.
Previous Next

Masters Rise to the Top.

BCS’s 5th Weekender of the year had 8 titled players show up for our 100% guaranteed $1,500 Prize Fund. It was a hard fought weekend, but in the end 4 masters were able to stay ahead of the rest of the field and tie for first. Each took home $162.50 after splitting the prize. They were IM Elliot Winslow, NM Jack Zhu, NM Ladia Jirasek and NM Robert Hatarik.

Special mention should be paid to Berkeley Chess School teacher and expert Derek O’Connor who made it to Board 1 by round 2. Derek stayed on Board 1 for most of the tournament before eventually falling to the masters who won the event. Great tournament by Derek.

Kimberly Liu also had a strong tournament and went undefeated until the last round. She was the big gainer in the open section and picked up over 30 rating points.

The Under 2000 section was won by Kevin Yanofsky with 4/5. taking home $200. This is quite an accomplishment by Kevin since he

was playing up a section. Needless to say, his rating shot up over 100 points, and he won’t need to play up next time!

The under 1600 was won by Berkeley Chess School Student Alex Shrauger. He also scored 4/5 taking home $200.

The Berkeley Chess School would like to thank all those that attended. This was our biggest Weekender yet
with 58 players. We are looking forward to our next Weekender in November, and can’t wait to see you there. 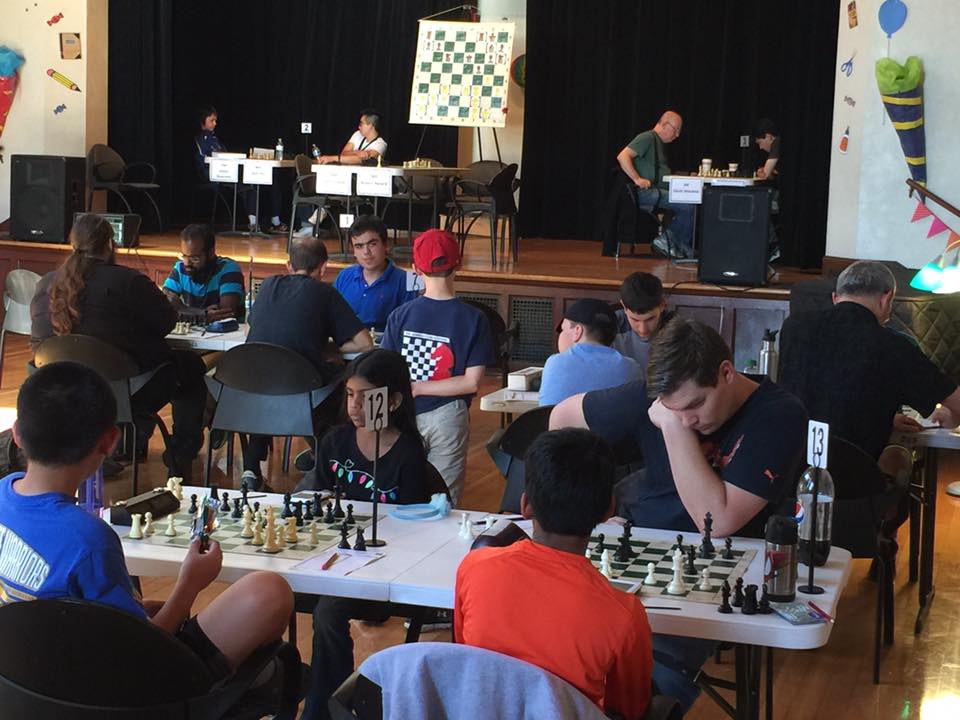 Round 5 of the Berkeley Weekender, Picture of most of the tournament hall. 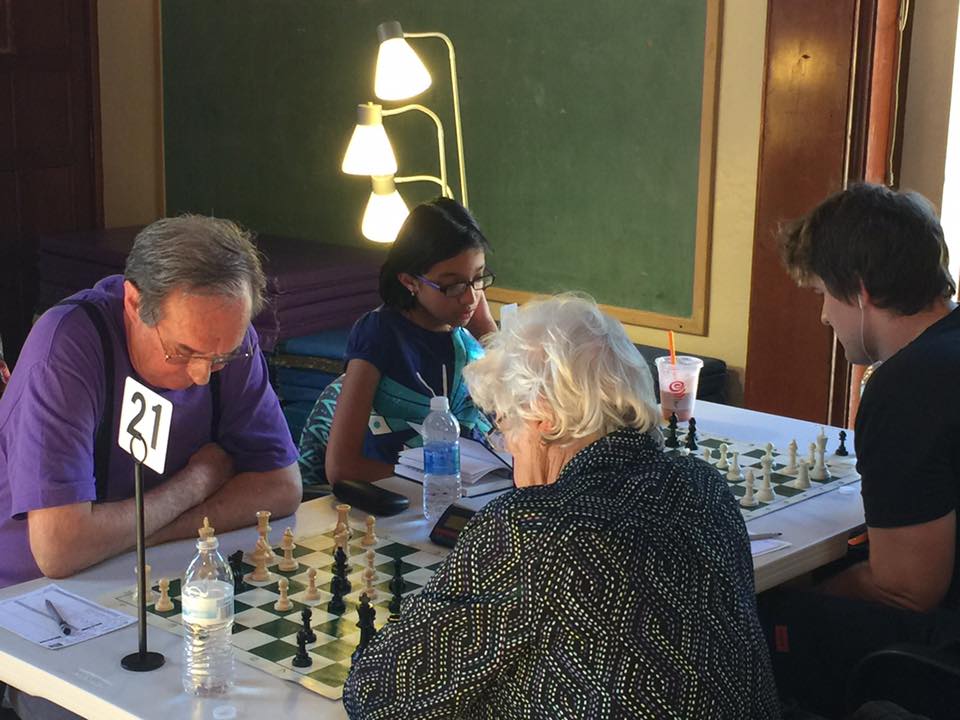 Round 5 of the Berkeley Weekender. Under 2000 section. Pictured are BCS founder Elizabeth Shaughnessy, Mark Paetz, Lane Erikson, and Aksithi Eswaran

Round 5 of the Berkeley Weekender. IM Winslow went on to win this game giving himself a share of First place. 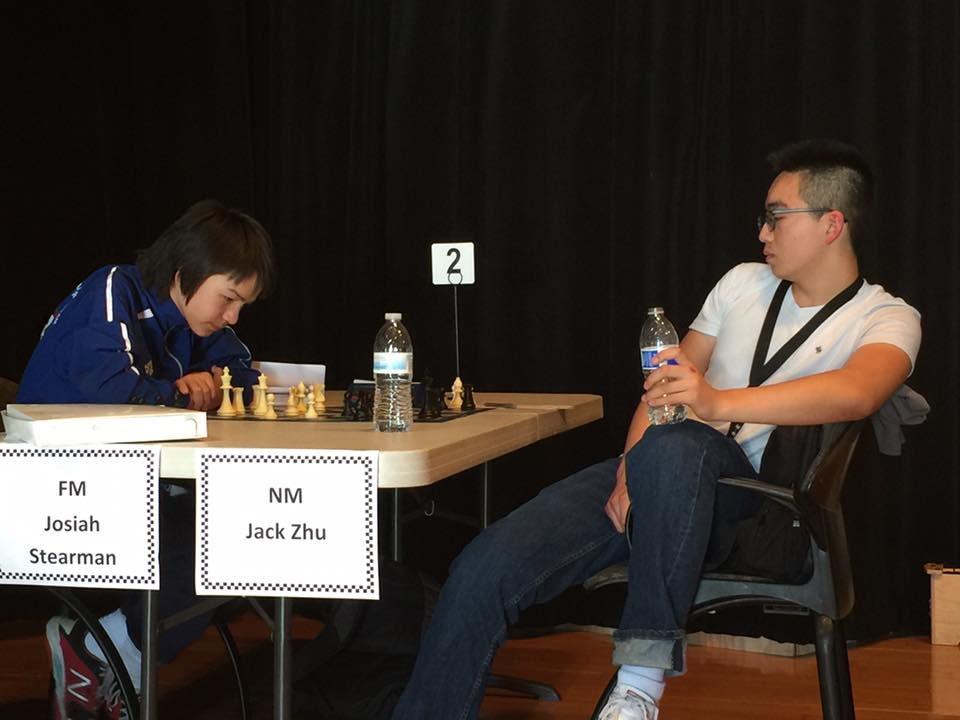 Round 5 of the Berkeley Weekender. Jack went on to win this game giving himself a share of First Place.