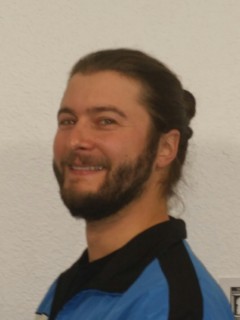 Kevin Walters, then and now. 2002 quad in San Leandro, and last week.

Kevin Walters was a BCS student and a BCS teacher, before heading to UC Davis. He’s returned to the area to continue law school at UC Berkeley, and he played his first game at the new Berkeley Chess Club building last Friday.

Wow, does he look different. As a boy, he resembled a character in popular fiction, but he’s grown to be a handsome young man with a hairbun and contact lenses. I asked long-time BCC director Alan Glasscoe if my opponent was the same Kevin Walters. “It’s amazing how they grow”, Alan said, 45 years after he watched me fumble pairings as a nascent assistant tournament director. That is, he watched me grow up, too.

Our game is an example of why beginning chess students are told to never resign, even against play[]ers who might have been pretty good.