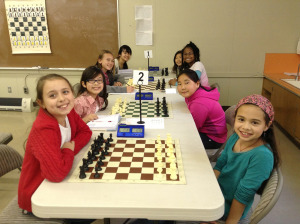 Our annual Berkeley Chess School All Girls Tournament was held on January 18th at Hillside School in Berkeley with 30 of our students participating. Elizabeth Shaughnessy, BCS Founder and President, and Uyanga Byambaa, FIDE Master and BCS Instructor, hosted the festivities. See our article to read more about this fun and exciting event.

Our annual Berkeley Chess School All-Girls tournament was held on January 18th at Hillside School in Berkeley, with 30 of our students participating.
Players and parents were greeted by BCS founder Elizabeth Shaughnessy, who explained how the Chess School was started 33 years ago. She then showed a very sharp game from her illustrious career. The girls were encouraged to try to find the best moves, and often chose correctly. 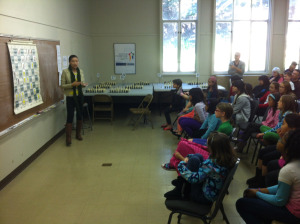 Berkeley Chess School teacher and FIDE Master Uyanga Byambaa showed one of her own games next. It was a riveting King-side pawn storm against an International Master, culminating in his resignation in the face of immanent checkmate. 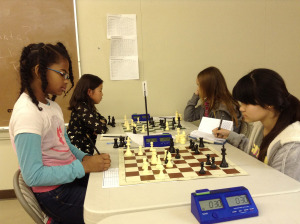 Quad one was remarkably strong, with each player over 1000 USCF. 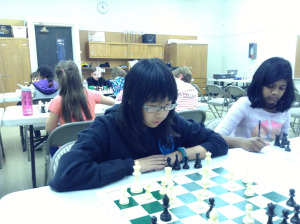 Tournament directors Pete Klein and Stephen Shaughnessy reviewed the rules of tournament chess, and then play began with each player offering their opponent “Good luck”. 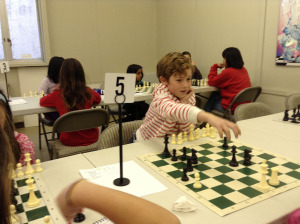 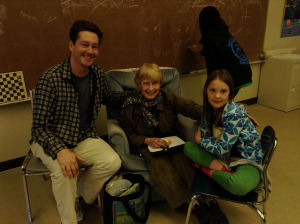 After their first games were finished, players were encouraged to go the analysis
room to have their game reviewed by Uyanga. She would give advise and ultimately choose one to receive the special “Best Game” award. Players also relaxed in the waiting room between rounds, where parents provided snacks and encouragement. 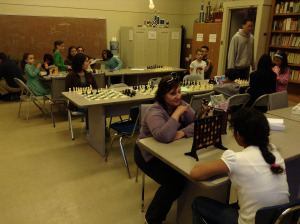 The three rounds went by quickly, with the traditional good-sportspersonship characteristic of this tournament. The play was intense, yet harmonious. One funny sequence of moves provoked great laughter, when one player promoted her white pawn into a black queen on accident! 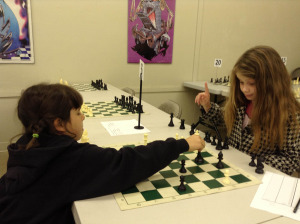 When the last round finished, players were awarded participation medals and a trophy if they earned the most wins in their group. Although some were disappointed that they didn’t get first place, their parents showed that they were proud of their efforts. 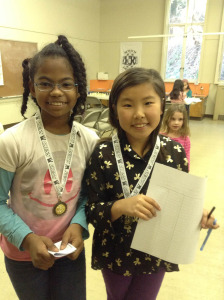 After reviewing all the games that were submitted to her, Uyanga choose a game between Kara Uchizono and Giselle Haba as the Best Game, with Kara earning the trophy as the winner. 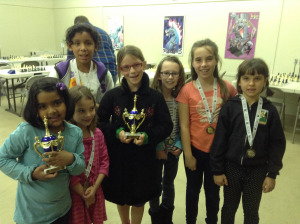 Many parents thanked us as they left, with several remarking on the introduction by

Elizabeth Shaughnessy and Uyanga. Barbara St. Laurent explained that she had not

had chess lessons, and only knew how the pieces moved, but the descriptions of the

strategies by both women were a revelation to her. 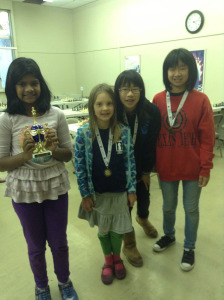 You can also find ALL the pictures taken at the quad here! 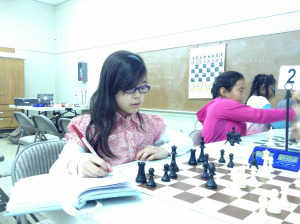 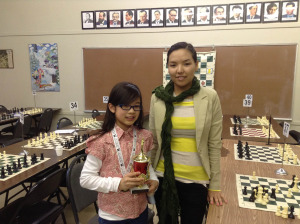 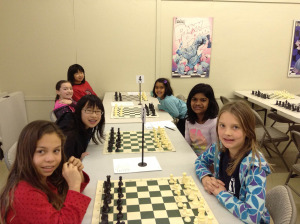 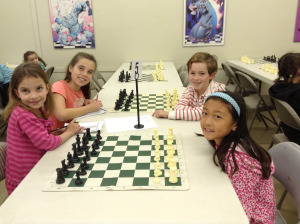 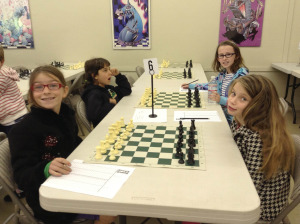 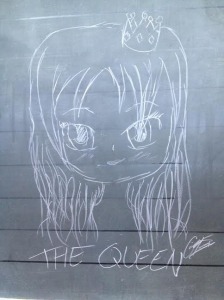